PRIA is a fully automated and decentralized digital asset that implements and manages a perpetual ultra-deflationary monetary policy favourable to inflation arbitrage by market participants.
Please make sure you understand PRIA before using it. There is a built-in inactivity burn rule that may result in partial or complete permanent loss if disregarded.

PRIA is an ERC20 token that is exploring beyond the concepts of hyper-deflation. As such, PRIA follows an unprecedented ultra-deflationary monetary policy that is fully automated. Macro contractions and expansions are fully dictated by the smart contract and trading volume. This monetary policy seeks to create an environment where inflation arbitrage is made accessible to all market participants.
Warning: PRIA has a built-in mechanism to enforce its ultra-deflationary policy. Ignoring this feature can lead to permanent loss. Please read carefully about the inactivity burn. What is the inactivity burn?

PRIA has been back-tested multiple times on a sandbox environment. More than 1M transactions have been simulated. 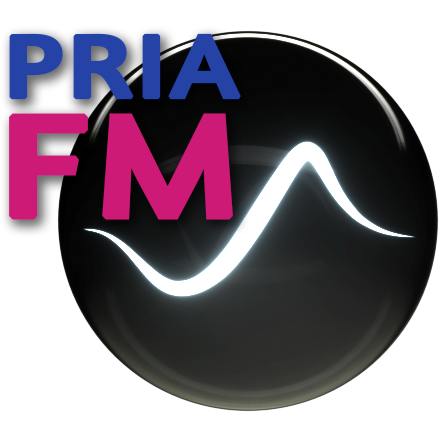 The following graphs show the results of the last performed simulation of PRIA where random transactions were generated. As each transaction gets submitted, the smart contract adjusts the supply to match de ultra-deflationary monetary policy.

What is an ultra-cycle?
An ultra-cycle is composed of a macro-contraction and a macro-expansion, thus, an ultra-cycle commences and ends when the total supply is at 100,000 PRIA. See the legend below. 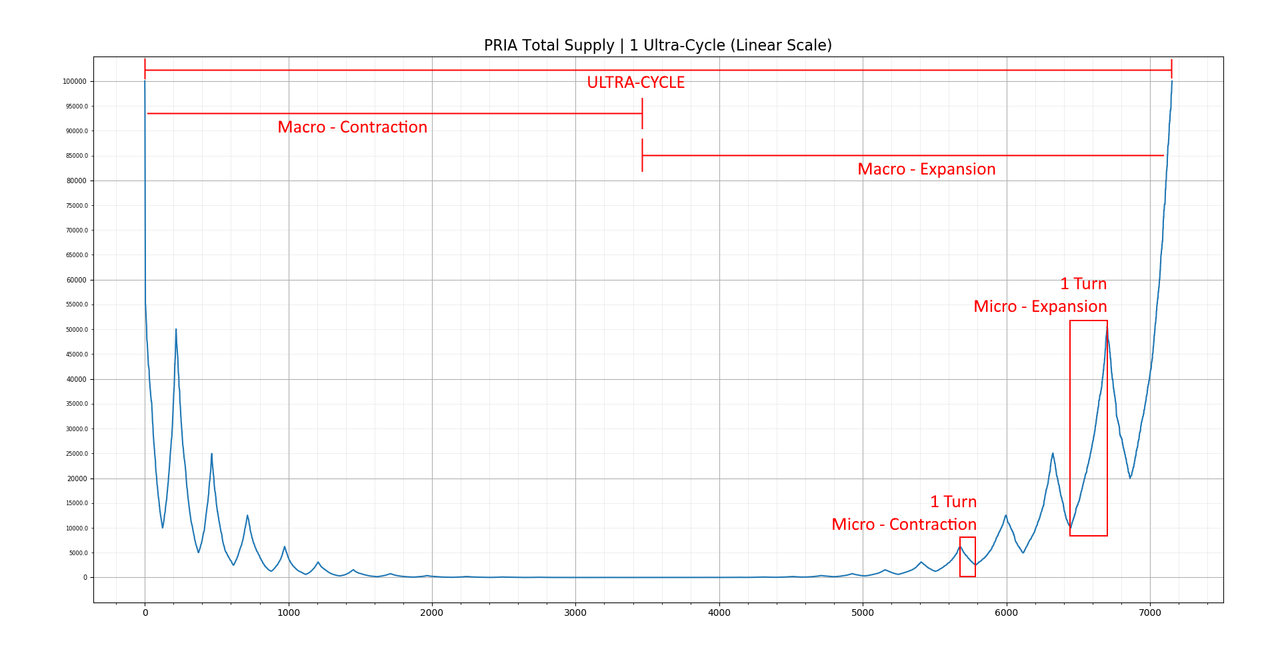 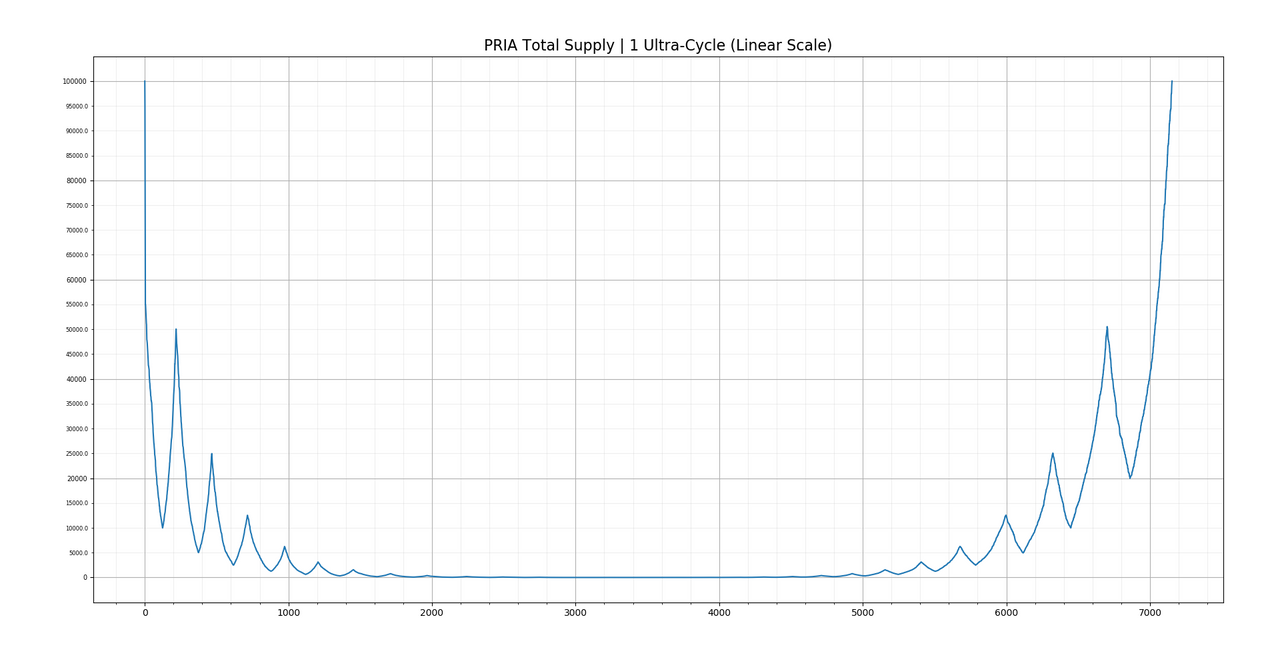 An ultra-cycle on a linear scale. Click on the graph for the full resolution version.
Ultra-cycles may become hard to read when the supply range is in the double-digit range. By plotting the same graph on a logarithmic scale the turns become more clear. 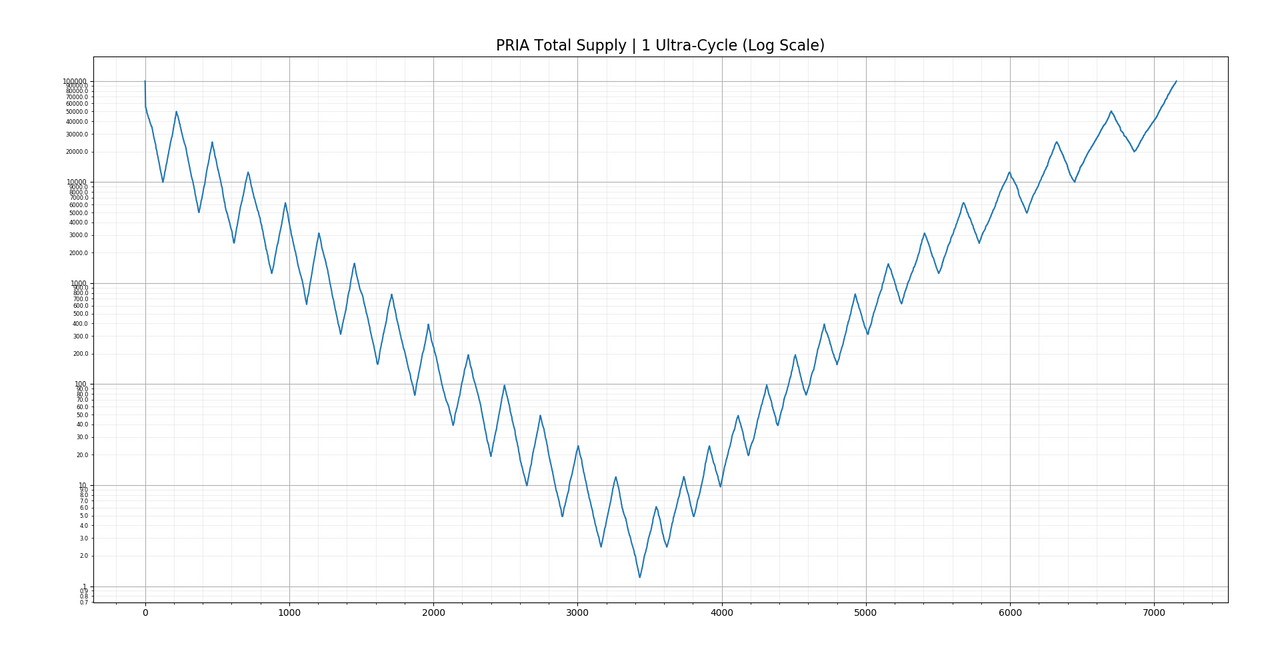 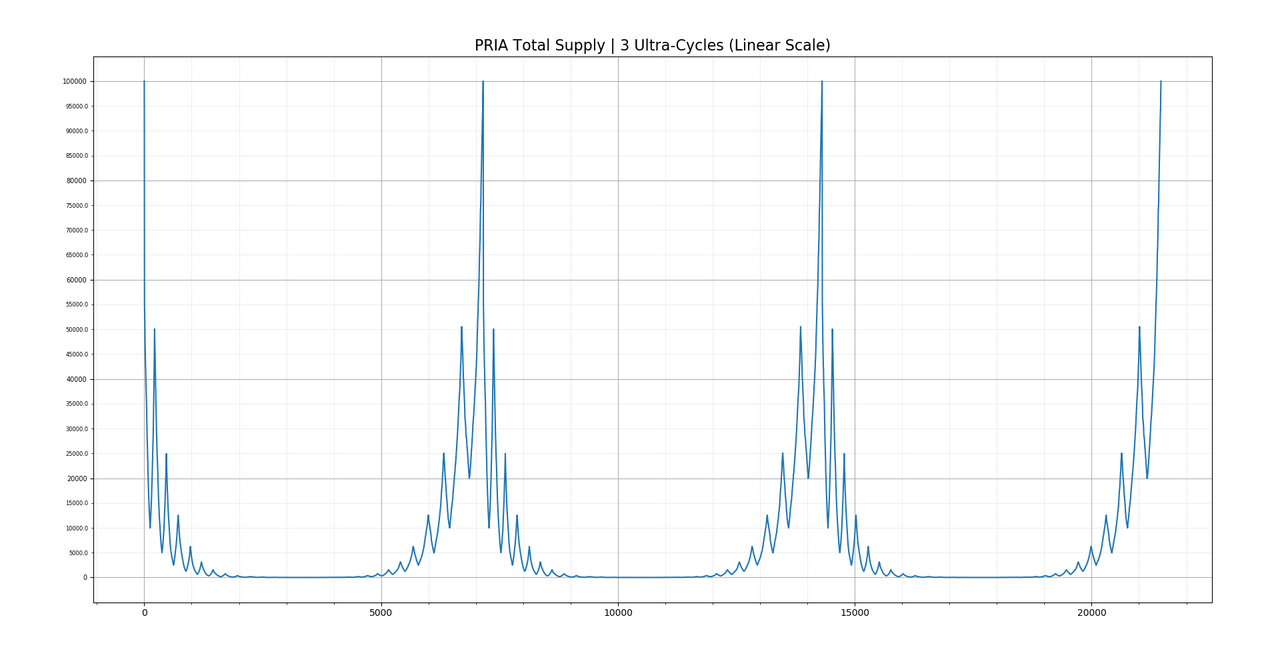 What happens at the end of an ultra-cycle?
It continues, forever. 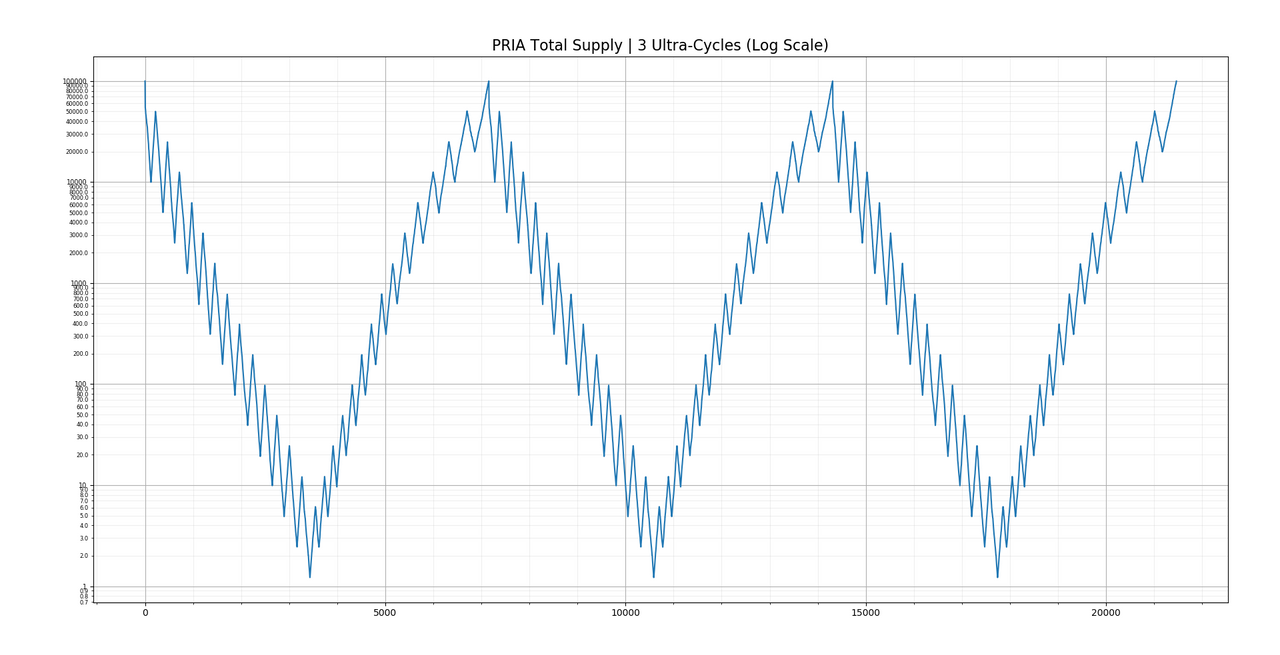 Cyclical ultra-cycles on the logarithmic scale.